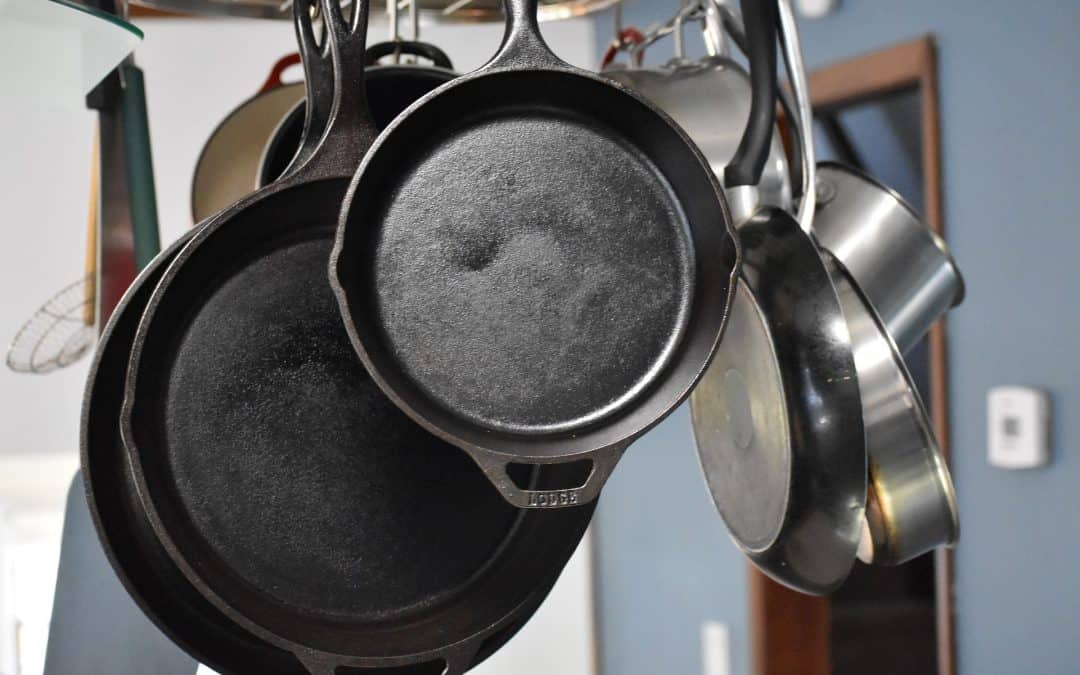 Cast iron skillets have become a popular choice of cooking style in the 20th century. Although they have been used long before then, the Odd Moe’s team wanted to discover the history, usage, maintenance, and how they fit in our contemporary world.

Cast Irons are made by melting blocks of iron and steel together in a plant or factory. In order for the metal to stick together, chemicals have to raise the carbon levels. The mixed metal is then mixed with sand, water, and powdered clay. Depending on what shape the cast iron pan is molded into when you crack the sand mold, your cast-iron shape will appear! The last step is to sand or smooth each piece.

The earliest traces of cast iron skillets can be linked to Eastern China. Cast irons at the time had a multi-purpose, their strength and thickness could be used as a weapon for war and protection; while those same qualities resulting in successful long-lasting cooking ware. In the 16th century, the cast iron was brought to Europe and eventually spread around the world because Europeans colonized various ethnic groups. In 1707, the sanding method was patented by Abraham Darby and it’s the sanded version of the cast iron that we are most familiar with today. Since then, cast iron skillets have been a popular international cooking item.

How to Take Care of a Cast Iron Skillet

Lastly, try to make a homemade pizza in your cast iron! We’ve tried it and it’s delicious. Hope to hear your latest cast iron adventures in the comments!

Due to Extreme weather events, delivery may be delayed at some stores or not possible. Please call the local store location to make sure you are in the delivery zone for that day.